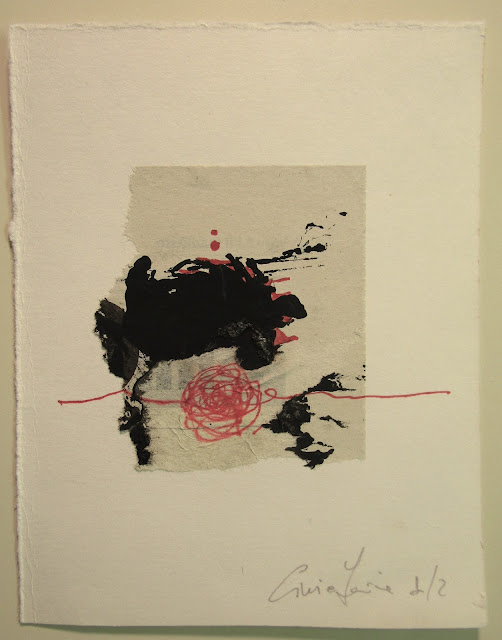 Cinzia Farina is a highly regarded Italian artist and visual poet who has gained enthusiastic admirers through her longtime involvement in the Eternal Network. Her image-text compositions have asemic elements, and she is enjoying popularity in the current online and print communities that have sprung up in response to the asemic movement.

Cinzia Farina is a previous Asemic Front 2 contributor. I am thrilled to be able to showcase this new work she so kindly sent via snail mail. I hope to present more of her work due her to increasing importance in the evolution of visual poetry. 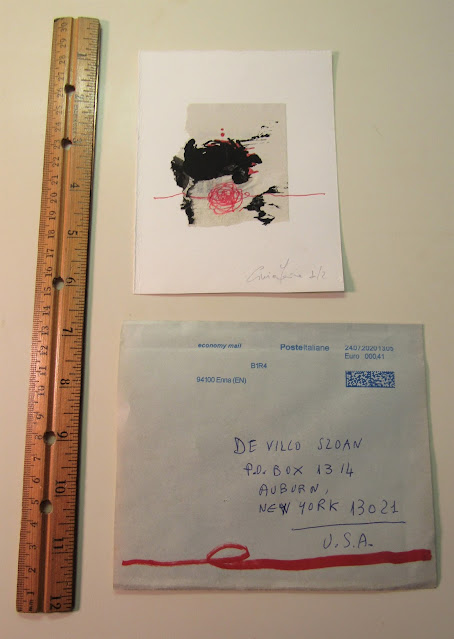 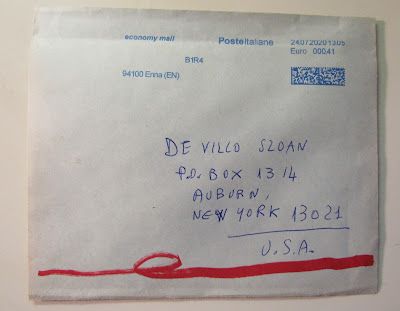 Posted by De Villo Sloan at 5:02 PM No comments: 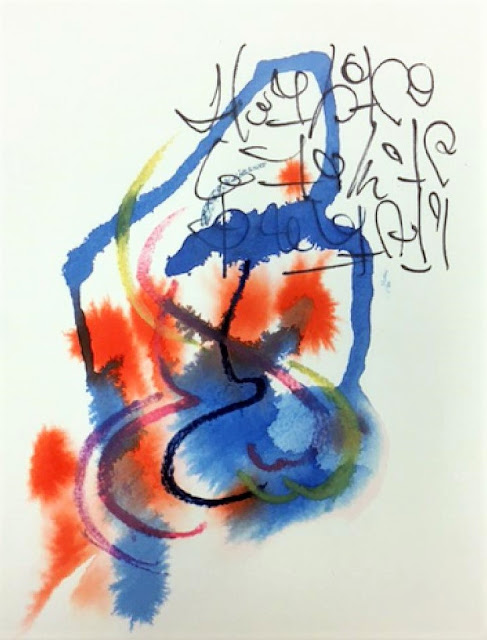 Carien van Hest is a faithful contributor to the Asemic Front Project, the IUOMA-Ning Asemic Writing for Mail Artists group and the Eternal Network in general.

I believe this new Asemic Front 2 piece represents a breakthrough for Carien. Previously, she has concentrated on developing a personal style of asemic calligraphy, including her fascinating asemic journal.

This colorful piece is a synthesis of visual poetry (vispo) and asemics in the spirit of much work produced for the Asemic Front Project. (Certainly, Asemic Front is open to all styles; but historically a particular form of asemic vispo has become associated with the project.)

I believe Carien van Hest has, seemingly without effort, produced wonderful asemic image-text with this work. I look forward to sharing more of her work in the future.

I am thrilled to welcome Richard Baudet to Asemic Front 2 and the Asemic Front Project. He is widely recognized for his calligraphy in the international mail art network (aka Eternal Network).

Richard Baudet's extraordinary calligraphy is sometimes traditional and sometimes experimental. The work presented here on AF2 crosses into the asemic realm. Many of his compositions can be appreciated as visual poetry, image-text and conceptual explorations into the nature of language.

The work above is the scan of a card mailed to Johannes Gross in Germany. I see it as a Rosetta Stone presenting letters of the alphabet alongside indecipherable, sometimes deconstructed, linear patterns and signs that are asemic. We find a juxtaposition of meaning and the meaningless given unity through different modes of calligraphic art, something akin to a masterful musical improvisation using different modes.

Richard Baudet is currently a member of the Asemic Writing for Mail Artists group at IUOMA-Ning. I am very pleased he shared this work, and I look forward to being able to present more in the future. He brings a unique style and sensibility to asemics.

Posted by De Villo Sloan at 4:41 PM No comments: 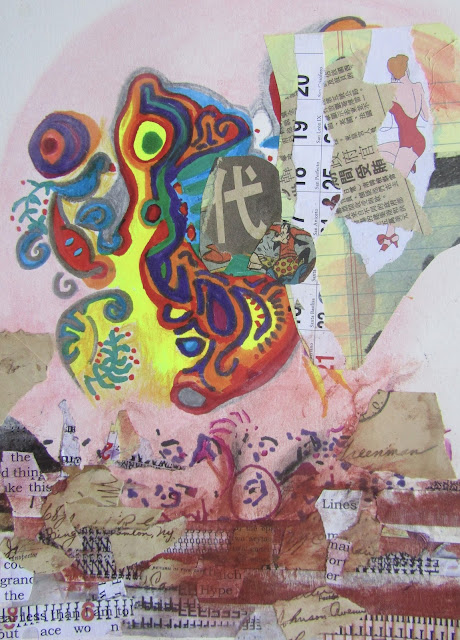 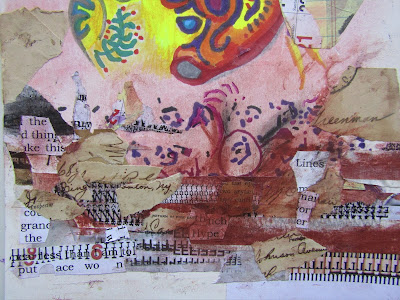 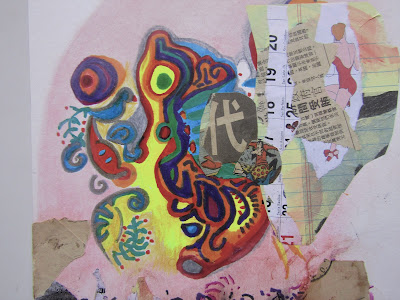 Posted by De Villo Sloan at 4:32 PM No comments: 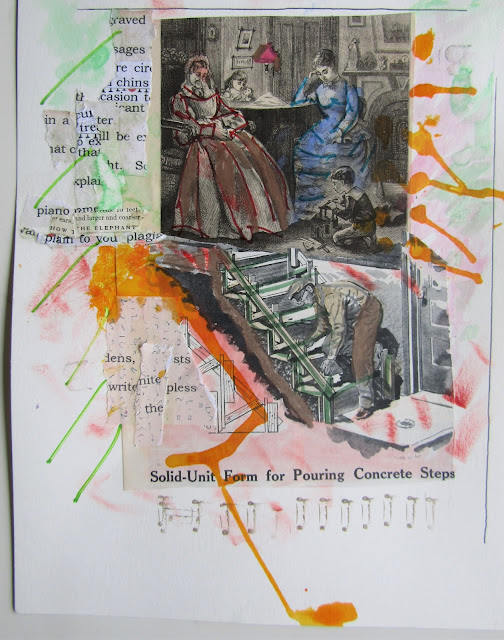 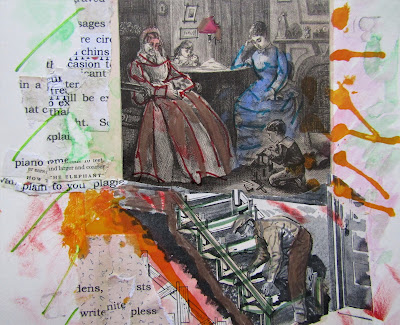 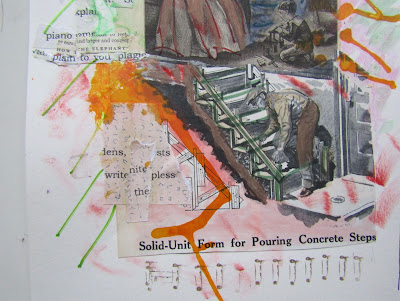 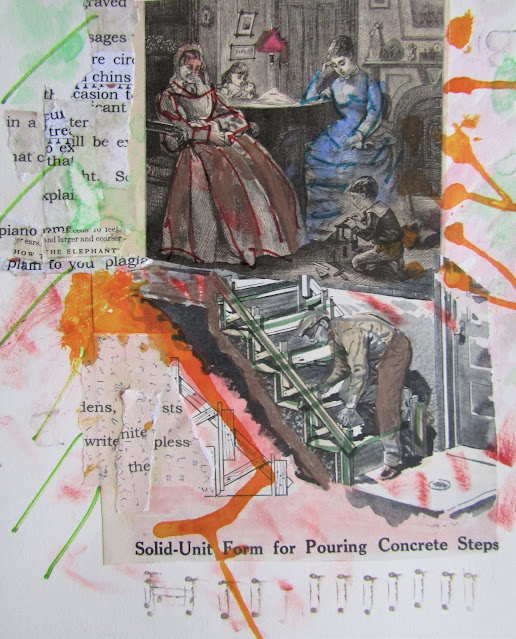 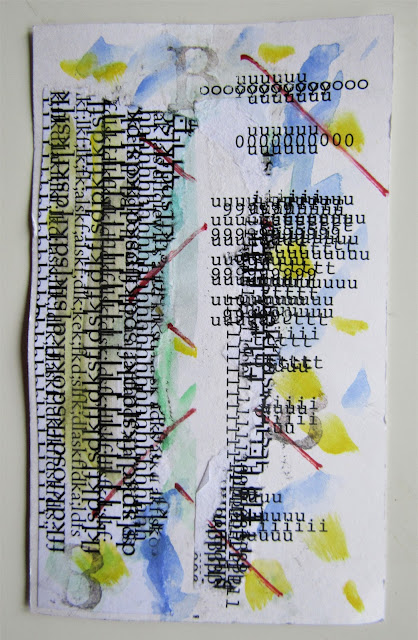 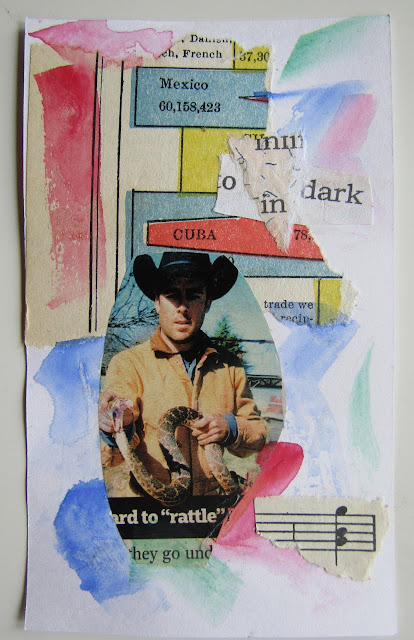 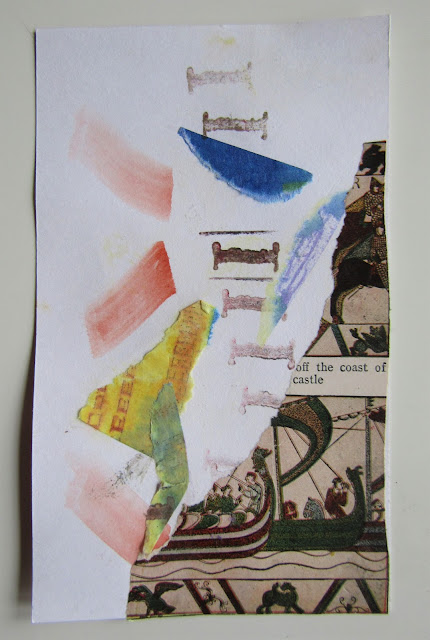 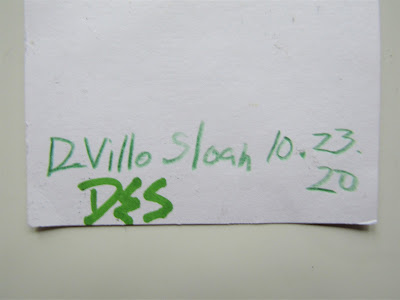 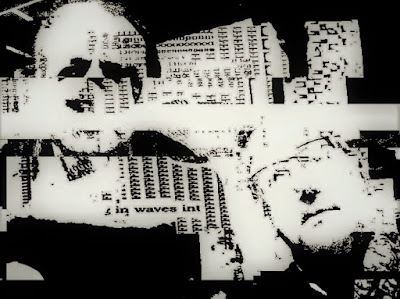 Posted by De Villo Sloan at 4:15 PM No comments: 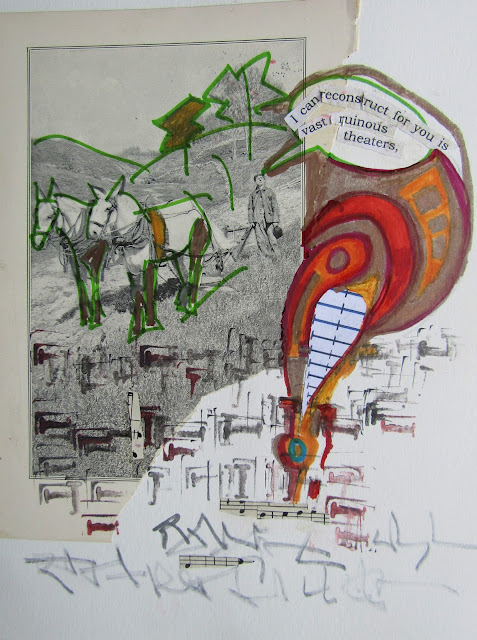 I am thrilled to announce a new milestone in the Asemic Front Project. Among the hundreds of collabs documented as part of the project, none have been made face-to-face, in-person by artists/writers here at Asemic Front headquarters in Elbridge, New York, USA - until now!

On Friday, October 23, 2020 - a stunning autumn day in the Northeastern United States - a collab partner of mine over many years & miles - the extraordinary DES - joined me for a marathon collab session in the basement AF2 studio. I am thrilled to document the results of our efforts in two parts.

This opening piece ("I can reconstruct for you is vast ruinous theaters" [sic]) is 8.5. X 11 inches. The closing pieces were made on 3 X 5 inch index cards, intended for mail art dispersion. Deepest thanks to DES! 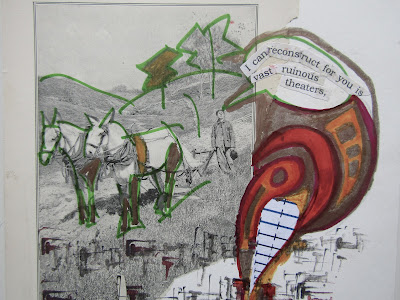 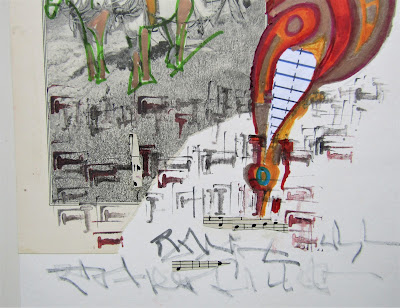 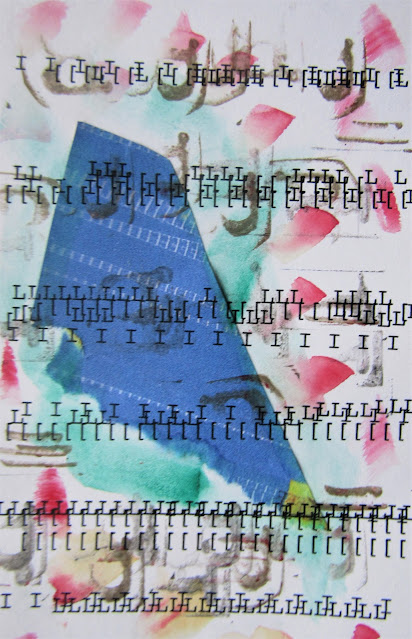 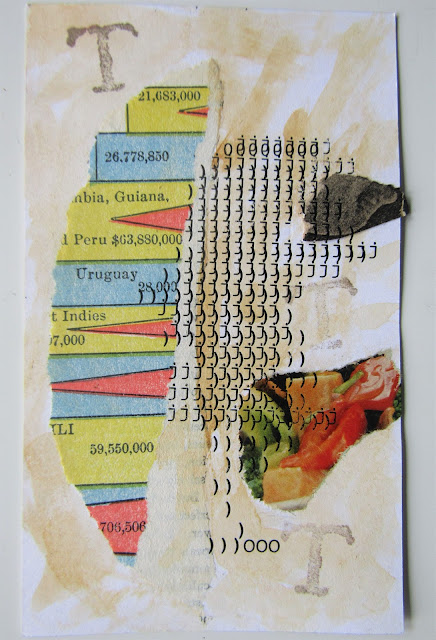 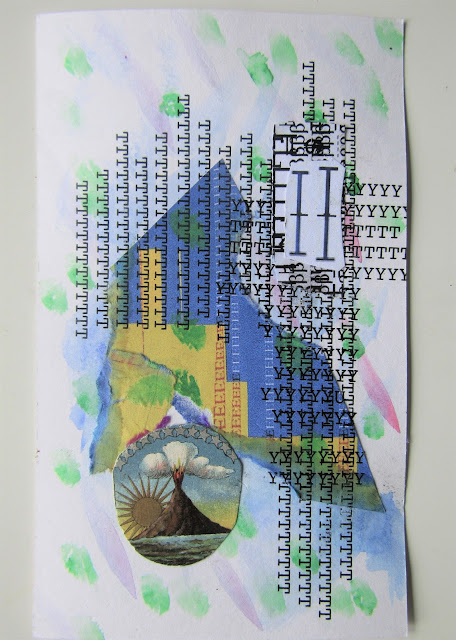 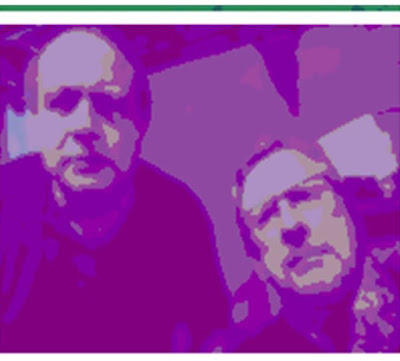 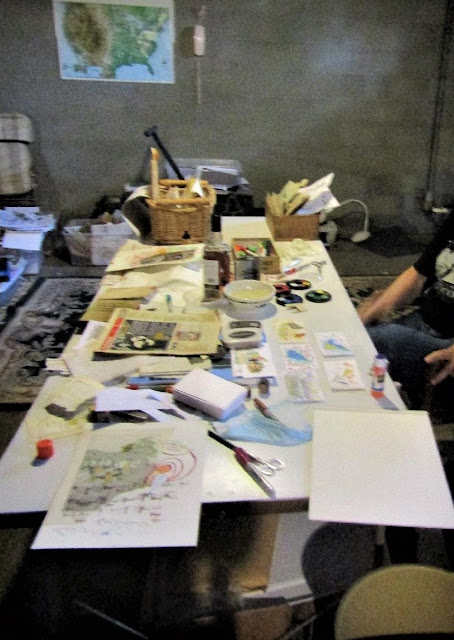 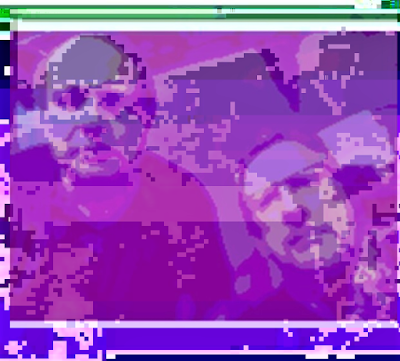 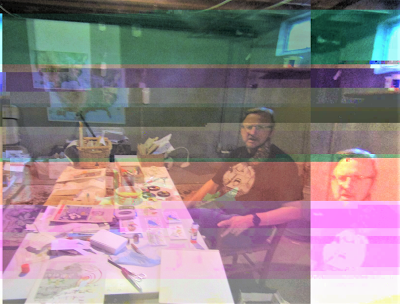 Posted by De Villo Sloan at 4:57 PM No comments: 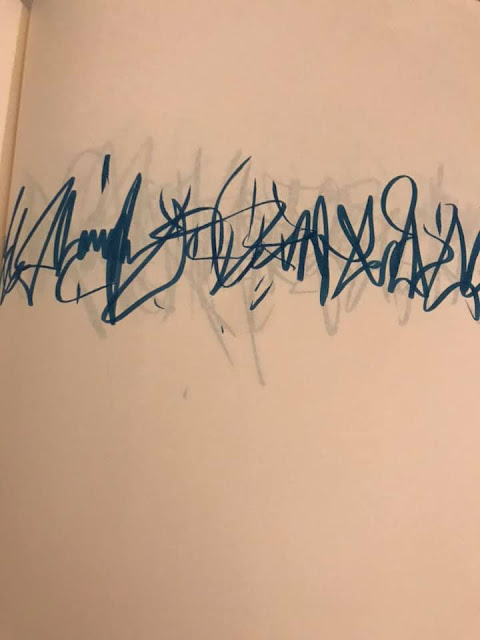 I have been following Tucker Sampson's visual poetry for some time primarily in Michael Jacobson's asemic group & Nico Vassilakis's visual poetry group, both on Facebook. The appearance of Tucker Sampson's work on Asemic Front 2 is long overdue. I am thrilled to be able to showcase these outstanding pieces of asemic calligraphy as an introduction.

Tucker Sampson is a visual poet whose work is essentially "language-centered" or rooted in written text (as opposed to visual images). He is among the visual poets today whom I have called post-Lettrist due to his close study of relationships among individual letters (and fonts) beneath the coherence of individual words.

Thus Sampson achieves a Brechtian alienation of meaning. We are provided an experience of symbols - individual letters or letter fragments - deprived of meaning even on the minimal level of single words. He focuses on the near-mystical area of symbol generation, where a shape is endowed with meaning & becomes part of a larger form. Or, more important, on shapes that elude (or defy) coherence & signify nothing. This often involves a deconstructive process.

Thus Tucker Sampson's work invokes the concept of the meaningless or the unintelligible even before it enters the realm of the asemic proper.

These calligraphic pieces shown here at Asemic Front 2 are unquestionably asemic & are a testimony to Sampson's ability to navigate complex, contradictory, paradoxical & non-rational precincts of discourse. His great talent, I believe, is to be able to bring us with him. I look forward to sharing more of his work on AF2. 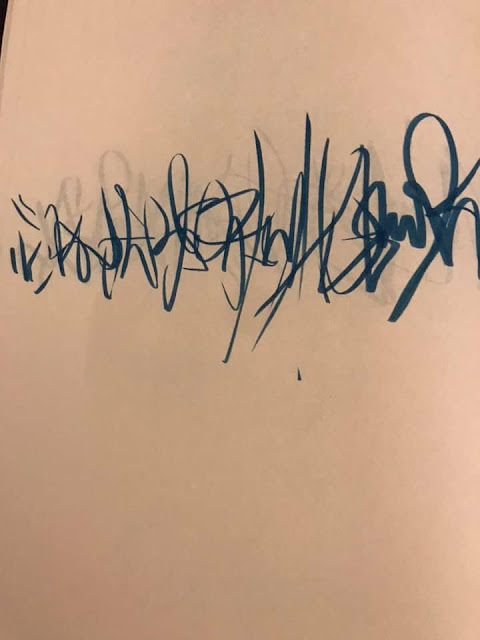 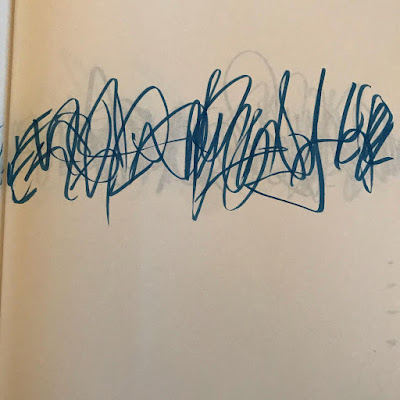